When you hear passages such as the one Kim read this morning, that there will be a time when “the sun will be darkened and the moon will not light,” do you ever wonder, “Is this true?”

In the days when I was working with students as a campus minister, I often found myself in conversations about the truth of the Bible, or the rationality of some aspect of Christian tradition. I spent many hours in my office, or in a café or on the UC Davis quad responding to a challenge, or a plea, to make faith more believable, or at least more reasonable.

We live in an age that is profoundly skeptical and reliant upon empirical proof. Students at a research university, engaged in the pursuit of knowledge, often had a driving need to question the veracity of their beliefs. If they were to base their life choices on the claims of the church, largely found in scripture, they wanted to know if these claims were true. So they came to me for answers. To me, the answers weren’t the important part but the conversation was.

Through those holy conversations, I hoped the students and I could uncover those experiences where they knew the saving power of grace or felt overwhelming love, and together understand these experiences as God. I hoped that we could look at the stories and parables in the Bible and find not necessarily evidence of what actually happened but meaning and wisdom and guidance. Still, I knew, finally, I could not give them the kind of proof they may have been after, satisfying the matter of truth once and for all.

In a sense, I was a persistent failure in giving students what they were asking for. But persist I did, because I believed then and still believe now that the value of Christianity lies not so much in what we know to be empirically true, but in the way that we are led to accept truly implausible stories as at least possible, and thereby allow the gift of mystery, and all that comes with the gift of mystery—the giving up of control, and being part of the unfolding—to reside in our hearts and our lives.

Today as we begin Advent, we enter into one of the central mysteries of Christian faith. Most of us have heard the story of Christ’s birth many times and my guess is that most of us have ceased to wonder about its authenticity. But really it’s all pretty implausible from the first moment of annunciation, to the journey of the wisemen following a star directly to THE stable, finally to the assertion of God being born of a woman as a baby.

I do not mean to say that we have ceased wondering about this story’s truth because we’ve heard it so many times that we’ve become convinced, as if we’ve been hypnotized or brainwashed into faith. No, I believe that for most of us, the story has become true because each time we hear it, we know more fully its meaning, and that meaning in all its depth, richness and mystery has made us know God in new ways. Ways that shine light on darkness. That grant us measures of compassion, wisdom and hope we never thought possible. And in the process we understand ever more deeply the reality of the words Incarnation and Emmanuel, God With Us.

Our scripture today from Mark sounds implausible to our modern ears. It is apocalyptic poetry and speaks of the signs and symbols that will portend for the faithful the second coming of Christ. It begins, “Stars will be falling from heaven and the powers of heaven will be shaken. And then they will see the Son of Man coming in a cloud with power and great glory. So also, when you see these things taking place, you know that he is near, at the very gates.” Jesus goes on to say, “Truly, I say to you, this generation will not pass away till all has taken place.”

Though this text is written as if it were recorded shortly after Jesus spoke these words, we know that Mark was writing in the last third of the first century. In fact at that time, the generation that heard Jesus speak HAD mostly passed away, and no signs or apocalypse in the form suggested in this text have taken place. Most likely, Mark and his contemporaries, and subsequent Christians, have been forced to struggle with the “truth” of Jesus’ words here. Some scholars have tried to propose that “the generation that will not pass away” is not a literal generation but rather the Jewish people, or human beings in general or the generation of believers. But again, asking the question about truth reveals our need to control and leads us away from mystery, and the meaning behind these words. If we can get behind and underneath these words, we hear the longing for change, revolution and redemption. These longings are present whenever we encounter apocalypse.

Let us remember that the milieu out of which Christianity arose was at its core apocalyptic; the words of the prophets Amos, Hosea, Isaiah and Jeremiah called for significant religious reform and an end to social injustice. In the opinion of many, these prophecies had been met with indifference or outright opposition. Those who tried to be faithful and follow God’s commandments continued to pray and to work for a new order, but their hope began to rest not with earthly rulers but upon divine intervention that would occur with such force and power that the world would be changed and they would be justified. Upon hearing the apocalyptic words of today’s scripture, these early Christians would have heard a promise of change. The coming of that which they longed for.

And so the “truth” of this passage lies not so much in whether or not we have witnessed the Son of Man coming in a cloud, but in whether or not we believe that, as a result of the life of Jesus, the world has changed. Let us consider this. At the end of the first century there continued to be shallow religion and social injustice, just as these things continue to exist now. The world did not change in the way it was expected it to. But did it change? Are our worlds changed as a result of the words and life of Jesus? Absolutely.

Through the incarnation of God in Jesus Christ we have been given not an end of suffering, but courage to face that which is inevitable in this life. In God’s act of coming to us as one of us, we are assured of God’s love for us; in this amazing act of being willing to endure all we endure, suffering as a result of others’ brokenness, we know the depth of God’s desire for relationship with us. And it is in this changed state that we are called to embody the second coming, to represent and live out Christ, to continue to offer courage and love to a world in pain.

One of my favorite poems is T.S. Eliot’s Journey of the Magi which tells the story of the men who traveled from the east through “the very dead of winter”, witnessed the birth of Christ and are changed forever. But the change is not easy as the poem concludes in the voice of one of the Magi,

“All this was a long time ago, I remember,

And I would do it again, but set down

This: were we led all that way for

Birth or Death? There was a Birth, certainly,

We had evidence and no doubt. I had seen birth and death,

But had thought they were different; this Birth was

Hard and bitter agony for us, like Death, our death.

We returned to our places, these Kingdoms,

But no longer at ease here, in the old dispensation,

With an alien people clutching their gods.”

This is what we are called to prepare for in Advent: the end of an old way of being. We are called to live in the uncomfortable and mysterious newness of our changed lives.

So it is with apocalypse. The promise of the apocalypse is an echo of the promise of Advent: What we have longed for is coming. God is coming. God will dwell with us and change our lives forever. The difference is, as we wait and live into that apocalyptic change, we know that God is already present with us. God is here and God is coming. And really, we know that now, as we enter into Advent, again. God is here, and God is coming. This is where we are asked to dwell during these next four weeks; each year we have the opportunity to be more fully open and alive as we experience the surprising and mysterious arrival of the one who gives life, always new, because with each passing year, we are different.

The poet Kathleen Norris describes the Incarnation in this way, “And it is not robed in majesty. It does not assert itself with the raw power of empire (not even the little empire of the self in which I all too often reside), but it waits in puzzlement, it hesitates. Coming from Galilee, as it were, from a place of little hope, it reveals the ordinary circumstances of my life to be full of mystery, and gospel, which means ‘good news.’”

Each Advent is a kind of second coming, and with each Advent we are given an opportunity to experience the Incarnation—with all its mystery and all that it demands of us. This morning’s passage ends with these words, “Therefore, keep awake—for you do not know when the master of the house will come, in the evening, or at midnight, or at cockcrow, or at dawn, or else he may find you asleep when he comes suddenly. And what I say to you I say to all: Keep awake.” These words may sound ominous and foreboding, but are so appropriate for us in Advent, a time of year when we may struggle with the constant distractions of consumerism or the 24 hour news cycle. When the clutter of worry or possessions keeps us from being present.

Eliot’s poetic words, mentioned earlier, are so provocative for Advent: as we prepare for birth, we are asked to put old ways to death. And as we go through this change, this coming into new life, we are assured that God will come, because indeed God has come. Let us rest in the truth of this mystery: we are a part of the unfolding of God with us as we participate in the promise of the second coming. Our worlds are different. We are changed people. As we prepare again for the birth of Jesus, let us also prepare to fully change our world, to be the second coming and fulfill the promise of apocalypse, to live a faith that is authentic and committed and create a world where justice and peace reign. Amen. 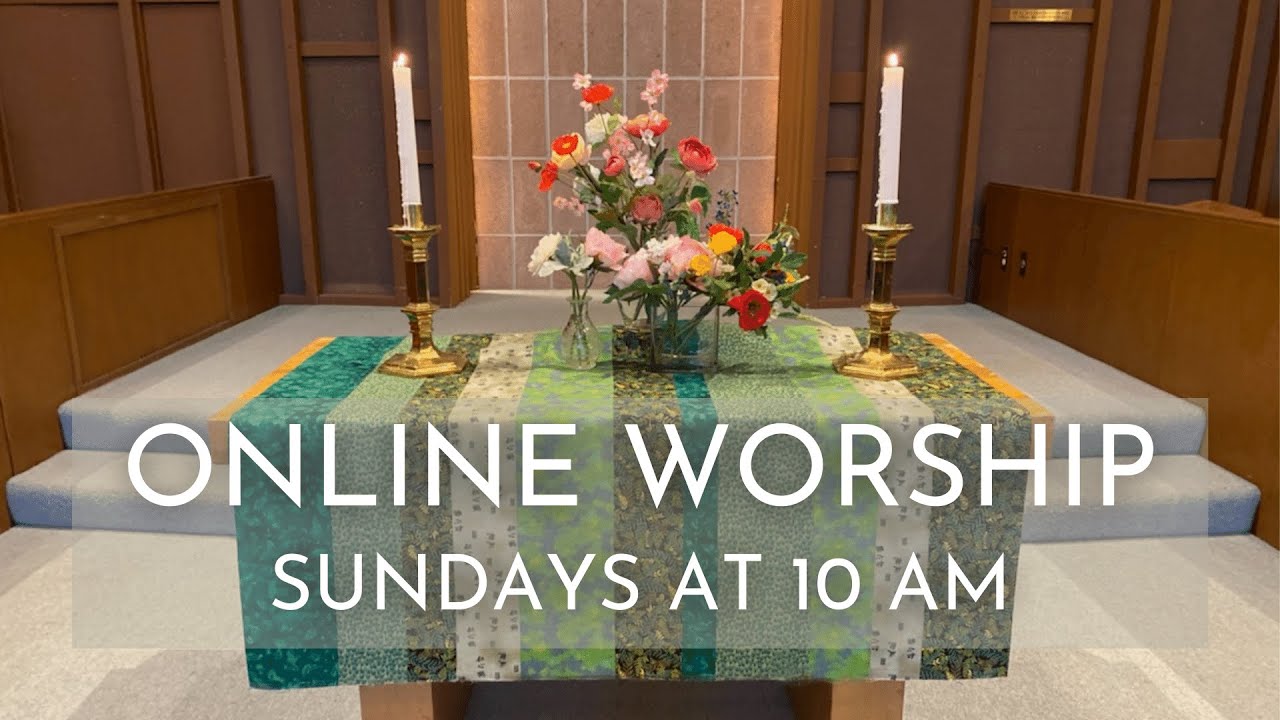 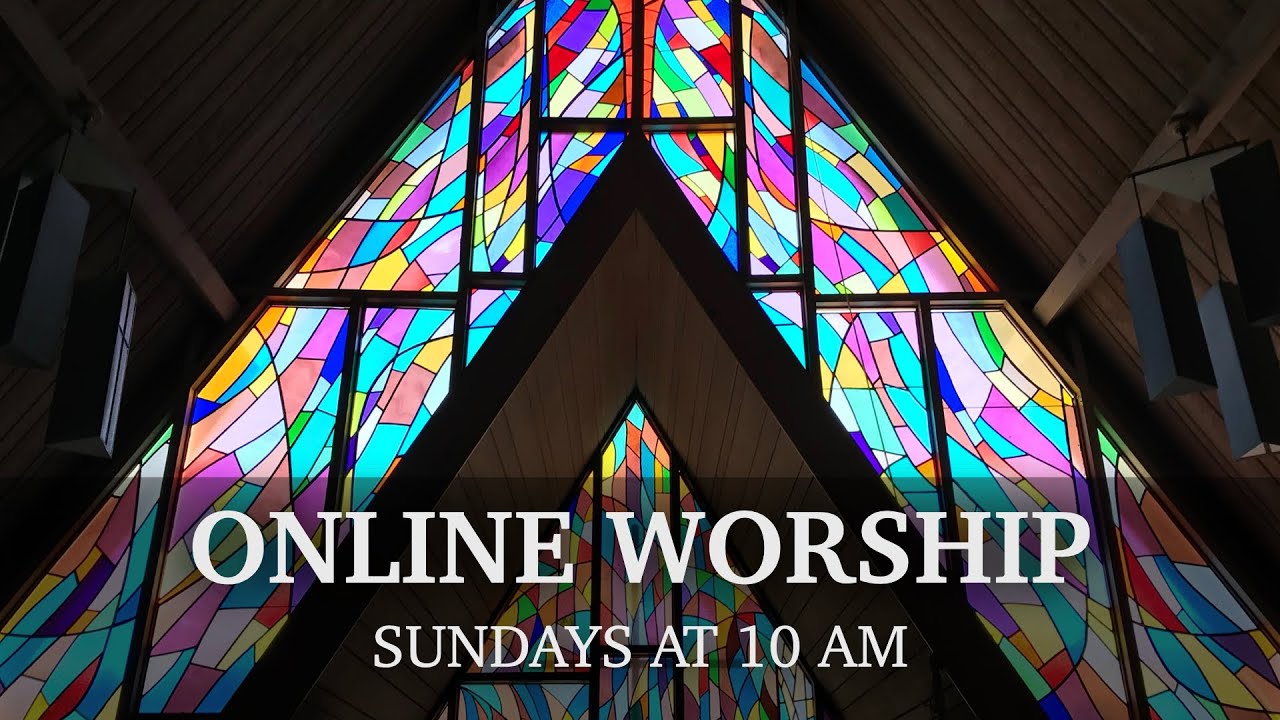 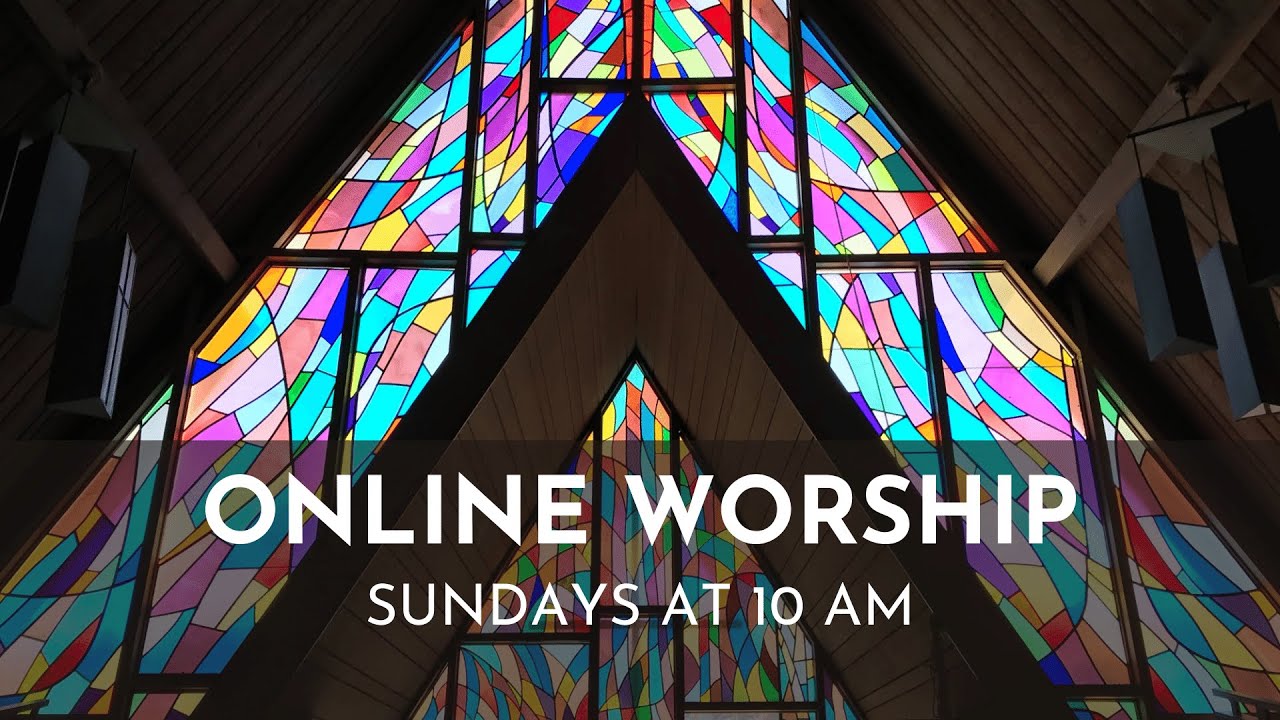