Our wonderful director of children and family ministries Susan Jardin shared with us early in worship today her story of needing to get creative to safeguard the caterpillars in her yard as they were making their journey from caterpillar to chrysalis to butterfly. In this time of pandemic, we all probably have a story of needing to get creative to get something done or provide something we need. How many of you have discovered that you actually didn’t need that closet for stuff, then cleared it out, and now have a new cubby sized office in your house? Or maybe you’re like me, and have tried out the website that allows you to put in whatever odd and ignored ingredients you have left in your cabinets, and returns a few creative recipes. We had a very delicious casserole early on that included some pasta, onion, Dijon mustard and bread crumbs.

I remember when our family visited a friend in Juneau, Alaska, several years ago. We were amazed at the way she had reused, repurposed, and reinvented everything from snowshoes to coffee cans. Juneau can only be reached by plane or boat, so goods are hard to come by and can be very expensive. Nothing goes to waste there, everything can be put to use in the face of need. We also saw what joy this lifestyle of ingenuity gave to our friend.

We continue our series on Converging Paths and the way of the saints today in learning about the story of Sarah Crosby, the first woman Methodist preacher. Hers was the way of necessity. Have you heard of Sarah Crosby before? I knew nothing about her before starting to work on this series. She lived in England in the time of John Wesley. In fact Crosby and Wesley were very close friends. Sarah Crosby was born in England in the early 1700s. Her family was not particularly religious but she reported feeling strongly impressed by religion and spiritual questions in childhood.

In 1750, she was moved to join the Methodist society known as the Foundry in London.

The Foundry is an interesting story in itself--established in 1739 out of an old artillery foundry of King Charles. When the impact of English weather from preaching in the streets and fields was starting to get to John Wesley and his followers, they looked for an indoor space and found the abandoned foundry. It was large enough to hold an assembly hall for 1500 persons. An edifice dedicated to making the tools of war, after a period of being abandoned and empty for over 20 years became the cradle of a worldwide movement of love and grace.

In the lively space of the Foundry, Sarah Crosby found herself drawn deeper and deeper into relationship with God and others in the Methodist movement. Then she hit a period she described as “a spiritual grasping” for God’s grace in her life. She said, “I felt my soul as a vessel emptied, but not filled. Day and night I was amazed at the blessed change my soul experienced; but I said nothing to any one, because I was not, as yet, sure what the Lord had done for me; though I had always promised, if the Lord would but fully save me, I would declare his goodness although I believed it would expose me to various exercises, both from ministers and people.”

“I felt my soul as a vessel emptied, but not filled,” she said.

In the last seven months, have you experienced these moments of spiritual grasping? Of feeling that your soul as a vessel was emptied but not filled? It can be disconcerting, and even anxiety producing, to know what to do with that emptiness, how to sit with it.

Zen Buddhist master Thich Nhat Hanh tells us that emptiness is nothing to be afraid of. “The word ‘emptiness’ should not scare us,” he says, “It is a wonderful word.”

He says, “If I am holding a cup of water and I ask you, “Is this cup empty?” you will say, “No, it is full of water.” But if I pour out the water and ask you again, you may say, “Yes, it is empty.” But empty of what? Empty means empty of something. The cup cannot be empty of nothing. “Empty” doesn’t mean anything unless you know “empty of what?” My cup is empty of water, but it is not empty of air. To be empty is to be empty of something. This is quite a discovery.”

Nhat Hanh goes on to explain that to be conscious of being empty is to be aware of not being a separate self. “Emptiness” means empty of a separate self. It is full of everything,” he says. And this was also the experience of Sarah Crosby. In her “grasping for spirit” she found herself more and more aware of God’s pull on her to teach and lead God’s people.

In 1760, Sarah Crosby began to plan a move to Derby, England with two other Methodist movement women to establish a Methodist society. A year later, they made the move and Crosby began with 27 in the first class meeting. She prayed with them, taught, and supported this burgeoning group. Then something unexpected happened. The next time the group met, 200 people showed up! There was no way she could meet the spiritual needs of this group by doing what she had done before. Crosby wrote this in her diary, “This day my mind has been calmly stayed on God. In the evening I expected to meet about thirty persons in class; but to my great surprise there came near two hundred. I found an awful, loving sense of the Lord’s presence, and much love to the people; but was much affected both in body and mind. I was not sure whether it was right for me to exhort in so public a manner, and yet I saw it impracticable to meet all these people by way of speaking particularly to each individual. I, therefore, gave out a hymn, and prayed, and told them part of what the Lord had done for myself, persuading them to flee from all sin.”

The way of necessity required that she put aside what she thought was supposed to happen and do what the situation called for. Immediately after, she wrote to Wesley explaining what had happened and he broke further with the Church of England by affirming she had done right. Her preaching and authority grew and grew as more opportunities presented themselves with need for a preacher. And so because of this, we consider Sarah Crosby the first woman preacher.

Our scripture today comes from Acts and may seem like an odd one. In it we have Peter explaining to his fellow believers why he baptized and ate at table with non-Jews, contrary to Jewish law at the time. They are shocked, and judgmental.

Peter then tells of a dream he had when the voice of heaven instructs him to do what he thought he was not supposed to do. He is confused, and emptied of his former ideas and expectations. The power of the holy spirit brought him into a state of emptiness. But not emptied of God, only emptied of lines that would disconnect him from others. And so as the situation necessitated, he allowed the holy spirit to show him a new way of being in relationship to God and others.

When we feel the emptiness of monotonous days, or the hollow anxiety of not knowing what is going to come next, today’s lesson calls us to just sit with it. We are being emptied of former expectations, patterns, rigidities and disconnections. We may not know what to do with these feelings, but God does. What if Sarah Crosby had given up during that time of “grasping for grace” and replaced empty with despair? Well I might not be preaching to you now. What if Peter had silenced the voice of the holy spirit with the voice of what we think we know? There might have been no worldwide Christian movement.

Empty periods can be fecund places of growth that lead to great discovery. Mostly empty cabinets can lead to a new and delicious combination. The key is to trust that something is happening. Peter did not shut down when he was pulled into the chaos of his dream but rather went where the voice from heaven led. Sarah Crosby kept showing up at the class meetings in the Foundry even when she experienced an emptiness. And when the need arose for a preacher, she was ready. When faced with need but without the usual ways to meet it, we can realize just how much abundance we have.

Next week is commitment Sunday when you’re invited to bring your financial pledge to the church between 11 and 2 if you haven’t already mailed it in. Pledging takes planning and planning in the midst of a pandemic is hard. But the way of necessity reminds us that the holy spirit guides us in realizing we have what we need to offer, and connects us to the broader community, the inter-being of which we are a part.

May we be at peace with this potent space of emptiness, letting go of attachments and definitions and the idea of a separate self. And may we rise to the occasions of love and connection that is the Christian way. The Spirit moves, and we follow. Amen. 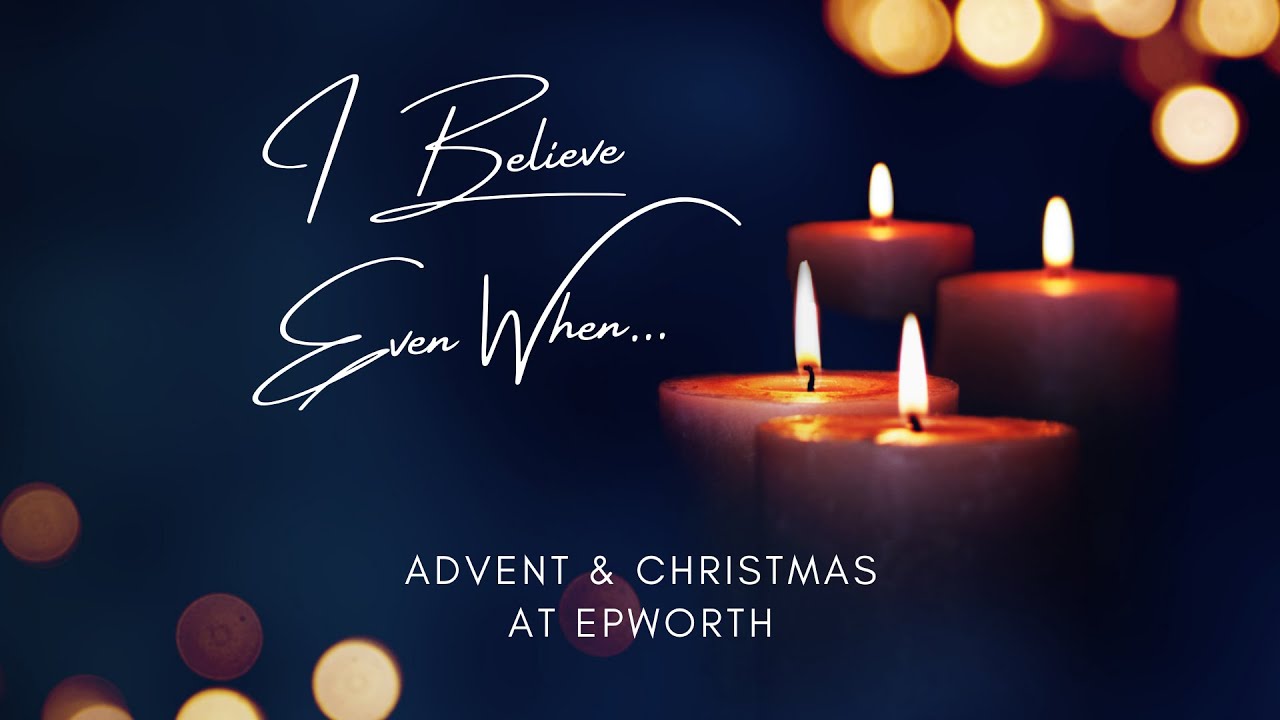 "On Communities of Belonging, Affection, and Incendiary Change" Message from November 22, 2020

"The Way of Commitment" Sermon from Sunday, November 1, 2020